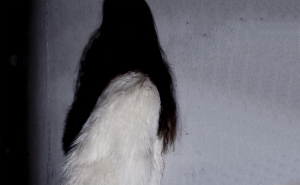 “I am fascinated by the infinite expressive possibilities of the human voice.”

Stefanie Janssen is a vocalist, performer and songwriter with roots in classical, opera, indie folk and experimental pop. Also, she loves to partake in projects on improvisation. On stage she bares her soul in poetic lyrics – in both Dutch and English – and gives voice to the ideas and emotions that sing within her, emerging in mixed forms, styles and sounds.

Various bands and projects were initiated by Stefanie herself.
STASJ is one of them; an indie electro-pop act that takes you on a true journey exploring, observing and expanding the human spirit. One moment mysteriously hypnotic, the next moment raw and direct.
Meet STASJ here: Facebook, Instagram, Youtube, www.STASJ.world!

In 2021 the animated opera film Undine saw the light of day. The film tells the story about the disruptive power of an addicted mermaid. A production of Stichting Wildermoed and Studio Minailo. For this opera Stefanie took on the role of artistic director while also taking care of music, vocals, overall concept and story.

She graduated at the ArtEZ Conservatory in Arnhem.
Read more about Stefanie in 3voor12 interview here.